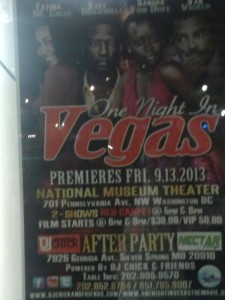 Living in DC and not California, movie premieres, awards, galas, etc. are not something that I am particularly used to.  I must also confess to not being a significant connoisseur of African visual media, though at various film festivals in DC I have been exposed to some African flicks that I have greatly enjoyed.

The Franco – Ivorian ‘Beyond the Ocean‘ (seen at the 2011 New African Films Festival) and the South African/Nigerian ‘Man on Ground‘ (seen at the Smithsonian’s 2012 African Art Film Festival) leap to mind.  I’m slowly developing a limited appreciation of Nollywood and have a longer history of enjoying southern African TV shows.

Closer to DC, there are several events for those of you looking to get an African (or diaspora movie fix).  This weekend is the 7th annual African Diaspora International Film Festival (which seems to have very limited US diaspora connections).  Any readers have recommendations for which film I should watch?

Next month brings the third annual Nollywood & African Film Critics’ Awards (NAFCA 2013) will be on the 14th of September 2013 at Warner Theatre (after two previous years in North Carolina).  Tickets seem a bit high (starting at $100), so unless I can finagle some sort of complimentary media pass, I don’t think I’ll be checking it out.

I’ve also been seeing several promotional flyers for ‘premiers’ and ‘red carpets’ of African movies (some of which may be American produced), including one this weekend: 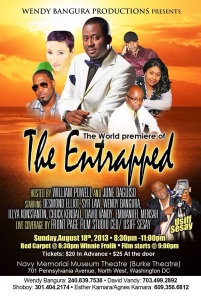 I’m also enthusiastic about this showing of the ‘One Night in Vegas’ flick, which features the Ghanaian actress Yvonne Nelson, who is always someone to get excited about (not really sure what the ‘National Museum Theater’ is though): 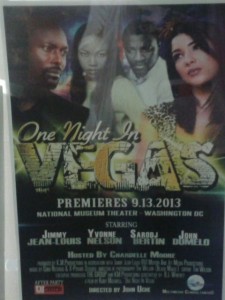 2 thoughts on “African Cinema Making Moves in the DMV”