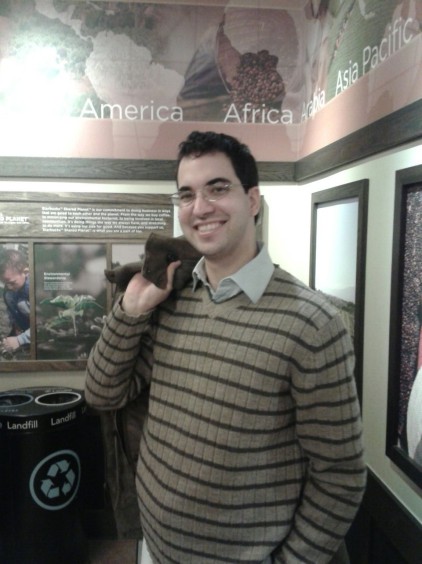 I recently sat down for my first (and long overdue) leisurely chat with Winslow Robertson, an amazing guy who I have been promising to profile for some time. Winslow is based in northern Virginia and is the founding father of Sino-Africa DC (SADC), a networking group for local Sino-Africanists.  The archives of the SADC newsletter can be found here.  Winslow is also a podcaster and recently wrapped up an internship at The Corporate Council on Africa.  Over a conversation of several hours, I had the pleasure of learning about the genesis of his interest in Sino – African affairs, his thoughts on U.S. perceptions of Chinese engagement in Africa, and other more interesting tidbits, such as how he met his wife and I discovered that we share close academic and geographic ties as well as shopping habits (Jos A. Banks suits). END_OF_DOCUMENT_TOKEN_TO_BE_REPLACED

Not an Africa in DC topic, but worth a post that I hope readers will reflect on, as symbolically, the following event has resonated in a very poignant manner with me.

Four French hostages, who were seized in Niger, a month after I concluded Peace Corps service there, were released yesterday.  When I think of all that has transpired in my life since leaving the Sahel in August 2010, all I can say is that these men went through a very long ordeal.  I probably don’t have quite the level of appreciation for my life that the former hostages do now, but it certainly does hammer home to me how precious the here and now is.

In addition to that, two French citizens and nationals were abducted (and subsequently killed) from a restaurant in Niamey that I frequented while in Niger’s capital city.